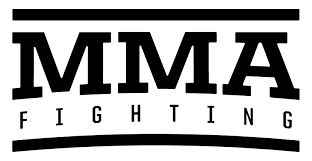 Sources: Holloway to return vs. Allen on April 15

Conor McGregor says in a social media post he "could've been dead" after he was struck by a car while riding his bike in Ireland.

Bella Mir, daughter of former UFC heavyweight champion Frank Mir and a freshman wrestler at the University of Iowa, has landed the first name, image and likeness (NIL) deal awarded by the mixed martial arts promotion.

Lightweight contenders Dan Hooker and Jalin Turner will square off on March 4 at UFC 285 in Las Vegas, both fighters confirmed on social media.

McGregor under investigation for alleged assault

Court officials in Spain said Wednesday that UFC fighter Conor McGregor is under investigation for allegations that he punched a woman and threatened to drown her on his yacht in July in Ibiza.

Citing the need for a new challenge, retired former middleweight champ Luke Rockhold, 38, and UFC have parted ways so that the fighter can resume fighting under another promotion.